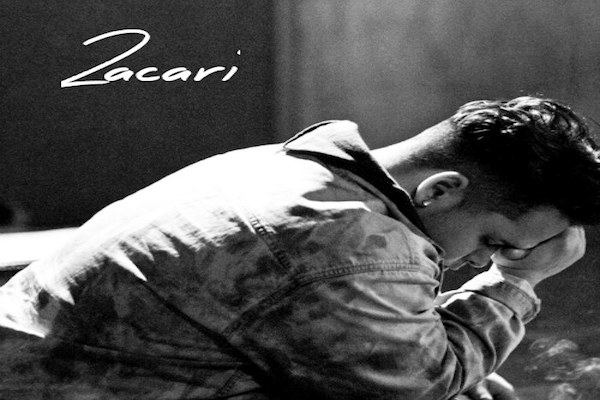 Zacari Pacaldo is a 20 year old singer/songwriter currently living in Los Angeles attending The Musicians Institute, and “taking advantage of all opportunities to make music.” His musical upbringing made his passion for music almost inevitable, but it’s the journey he embarked on and the approach he’s taken to the music world that makes him so special. Not to mention the incredible and versatile talents that he possess.

Creative is how I’d describe Zacari. And although there is simplicity in that description, simpleness is the farthest thing from what the Cali musician is all about. I tried to get Zacari to describe his sound and the type of artist he is – he was stuck. “I haven’t really followed a certain genre, and I’m not really ready to choose one yet, I’m just making music.” He may ‘just’ be making music, but he’s also making a name for himself, amongst some of LA’s most promising artists – collabing with pristine collectives like Soulection and HW&W. Zacari is the definition of WontoWatch and it’s time the public took notice of this youthful, multi-dimensional, and passion filled talent. Read the full interview below.

AllWon: So your SoundCloud bio says “Singer/Songwriter.Saxaphone Player.Producer.Creative Bum.” Is that the best way to describe who Zacari is?

Zacari: I would think so. The creative bum thing came from a quote that I heard that really stuck with me. Have you seen the TV show Mad Men? It was a Vice documentary about the real guy from that show, and one thing he says is “you can’t be cautious and creative. If you’re a cautious creative you’re a bum.”

AllWon: [Laughs] I like that. So you play a bunch of instruments but it seems as if singing and songwriting is what you’re more heavily focused on?

Zacari: Yeah, that’s what my main focus is on. The instruments is just to help me produce. 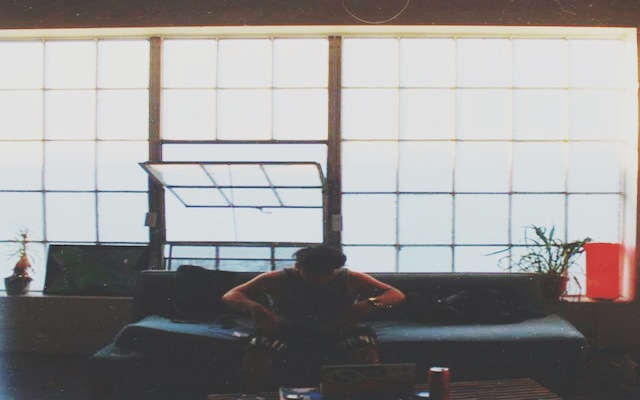 AllWon: Are you from LA originally?

Zacari: No, I’m from Bakersfield. Which is about an hour and half away from LA. I just moved to LA about 7-8 months ago for the Musicians Institute of Los Angeles and I’m just finishing my last quarter there.

AllWon: Good stuff. And I’d assume that’s how the Soulection connections came to be?

Zacari: The Soulection connection actually came from something totally different. I’ve made a lot more connections outside of school than in school. My roommates cousin is oriJanus, he’s a member of Soulection, and then one day he just asked us if we wanted to go to J-Louis’ crib. So we met there, it’s a dope crib, they call themselves the 13th Grade, which I’m also apart of as well, it’s just this collective in this dope house filled with producers and musicians. So when I got there J-Louis was working on this beat already, which was the “Heaven Sent” beat, he was playing the beat when I got there and I just started writing to it and singing, and he liked that so we recorded it on voice memos on the iPhone and he literally just dragged in the voice memos, we didn’t use the mic or anything. First day I met him [laughs]…

AllWon: I was definitely planning on asking about how “Heaven Sent” all came together, so that’s cool man. You’ve mentioned these connections being made in and out of school, how have things changed since moving to LA?

Zacari: It really all started with “Heaven Sent”, I didn’t even have a SoundCloud when [J-Louis] put the song out. After he put that out I made a SoundCloud and since then it’s just been working out of this house. I think the biggest part of it has been J-Louis, the way we connected, we’ve become really good friends at this point, we probably spend like every day together. He brings me along to different studios and introduces me to people. We’ve just been creating, man.

AllWon: It’s amazing that you can get together with a collective of like minded and talented people, jam out, bounce ideas of each other and all that…

Zacari: Exactly. That’s what this 13th Grade house is all about, like people are in and out of here all day making music. Like, you walk in here and there’s two people on the couch with headphones, there’s a person on the monitors, just everybody helping each other out.

AllWon: Staying with LA, what’s your favourite thing about the city?

Zacari: Man, LA, it’s just the opportunity here, the creative minds. There’s so much going on in music here. I’ve met so many people, I’ve only been out here for a number of months and all this has already happened, I’m excited to see what else is gonna happen.

AllWon: For sure – and we obviously are looking forward to what comes next from you as well.

So that “I Should Be Dreaming” track – it really caught my attention and made me reach out. Can you touch on that record and how it came together.

Zacari: Yeah, that’s a pretty cool story too. I actually started that track maybe like two months ago… J-Louis took me along to one of his studio sessions with another artist and in one of the studios there’s this big grand piano and this old vintage piano, and I just recorded the keys there because they were all mic’d and everything, so I just recorded the keys and the saxophone and just left it like that for a while, and then I sent it to Josh.J and he threw the crazy guitar on it, added some live bass to it, and then I knew I wanted vocals on it but I didn’t want to change the song at all so I just started recording to it and that’s what came out. I didn’t really sit and write to it or anything like that.

AllWon: And you can kinda hear that with the vocals, they’re almost like broken vocals, they’re placed so subtly. It’s a very raw record which I think is what caught my attention for sure.

Zacari: Yeah, and there wasn’t much thought into the arrangement of the song, it kinda just turned out that way you know what I mean?

AllWon: So how would you describe your sound?

Zacari: I don’t know how to describe it yet, I really don’t. All my tracks have been sounding pretty different from each other, I haven’t really followed a certain genre, and I’m not really ready to choose one yet, I’m just making music.

AllWon: Is there a project in the works?

Zacari: I’ve definitely though about it. I’m not sure if I want to start it yet, or what I want to put on. I’m working with a lot of people on a lot of different tracks right now, so I’m trying to figure… [paused].. I dunno, I’m starting to get contacted by people who want to manage me, I might want to get management before I start working on my project. I think I want to put out a 5-6 track EP [at first] and just start playing shows off that you know?

AllWon: Well it’s good to know you’re going through that process – and no doubt we’re looking forward to that [EP].

So what was the first instrument you learned to play?

Zacari: Probably the guitar, my mom taught me when I was young. I come from a very musical family. My mom plays drums, guitar, sings.. my dad sings and plays drums. So yeah guitar was first, then saxophone in Junior High, High School jazz band and stuff. 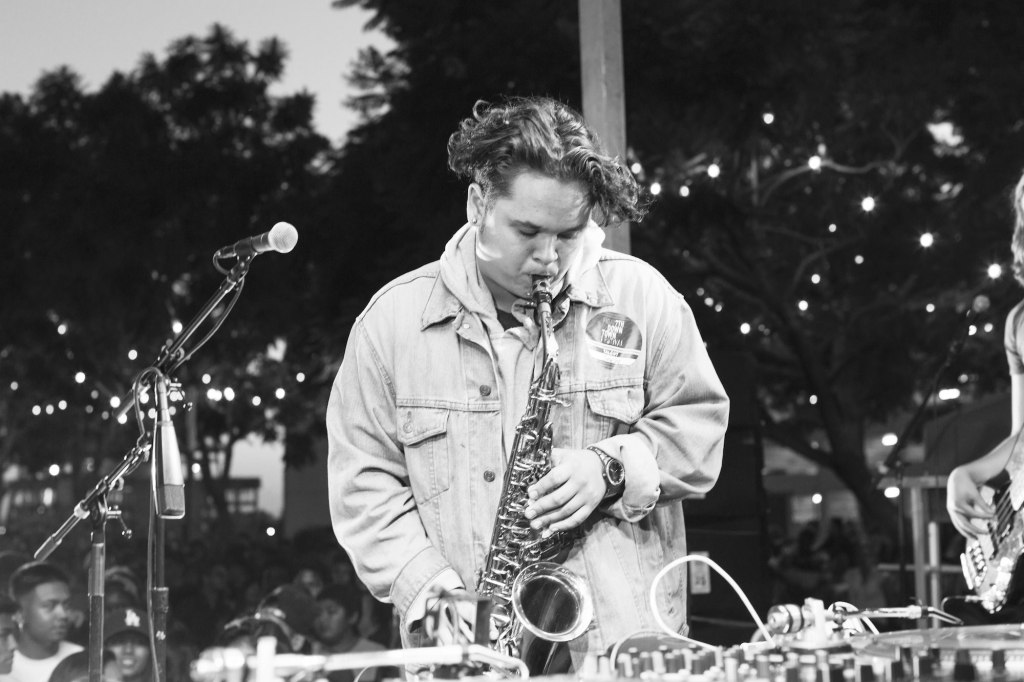 AllWon: When did you start really focusing on music on decide you wanted to make a career out of it?

Zacari: It really started when I moved out here to LA. It’ something I always wanted, but when I first graduated High School I left to Alaska to work and I really fell in love with that. I ended up doing that for 3 summers, this last summer I was actually a fly fishing and bear viewing guide for this lodge – which was an awesome job, I miss Alaska a lot. But I always knew I wanted to do music, I just wanted a little adventure break you could say. I always stayed writing and playing throughout that time, but I didn’t really get as serious as I was until I moved out here and started going to school for [music].

AllWon: That’s crazy you were out there [In Alaska] for a few years, I’m sure that helped on a spiritual level in a sense, and helped with the creative process musically down the road.

AllWon: Who are you favourite artists out right now?

Zacari: Yeah, man he’s killing it. I like his voice a lot. J-Louis, even though he’s my friend he’s one of my favourite producers. Bryson Tiller, I really believe that dude is gonna be next. That’s about it, man, it’s hard for me to pick a favourite artist.

AllWon: That Roy Woods shoutout is good enough for me.

So what motivates you?

Zacari: Mainly my family. Just the way I was brought up, and the way they support me, they helped me pay for school and to be out here. I guess my main motivation is to be able to like, get them a house on the beach, get them a car, just stuff like that. Just to be able to make sure they can retire and spend their lives without any worries.

Zacari: And that’s just aside from the straight up passion of music. Music is literally everything to me right now.

AllWon: What is art to you?

Zacari: Art. Hmm… art, art, art. Art is just expressing your creativity the best way you know how. It can be anything. If you think what you’re doing is art there’s no one that can tell you it isn’t.

AllWon: If you weren’t making music what would you be doing?

Zacari: I’d be in Alaska. [Being a] fly fishing guide.

AllWon: What can we expect next from you?

Zacari: I got a lot of new singles, working on collaborations with Soulection people and HW&W people. But right now, I’m trying to figure out the best way to go about this. I know that I’m getting attention from people and I’m just trying to figure it all out. For sure you can expect like 3 or 4 good singles coming out soon.

AllWon: Dope. It’s good to know you’re taking a serious approach to it and not just jumping on the first offers that come your way, and instead building those real connections and surrounding yourself with people that are really looking out for your best interests.

Zacari: Exactly. I feel blessed for how things have happened as fast as they have for me. And I really have surrounded myself with people I can trust in the industry. So that’s helped a lot too, getting advice and guidance. 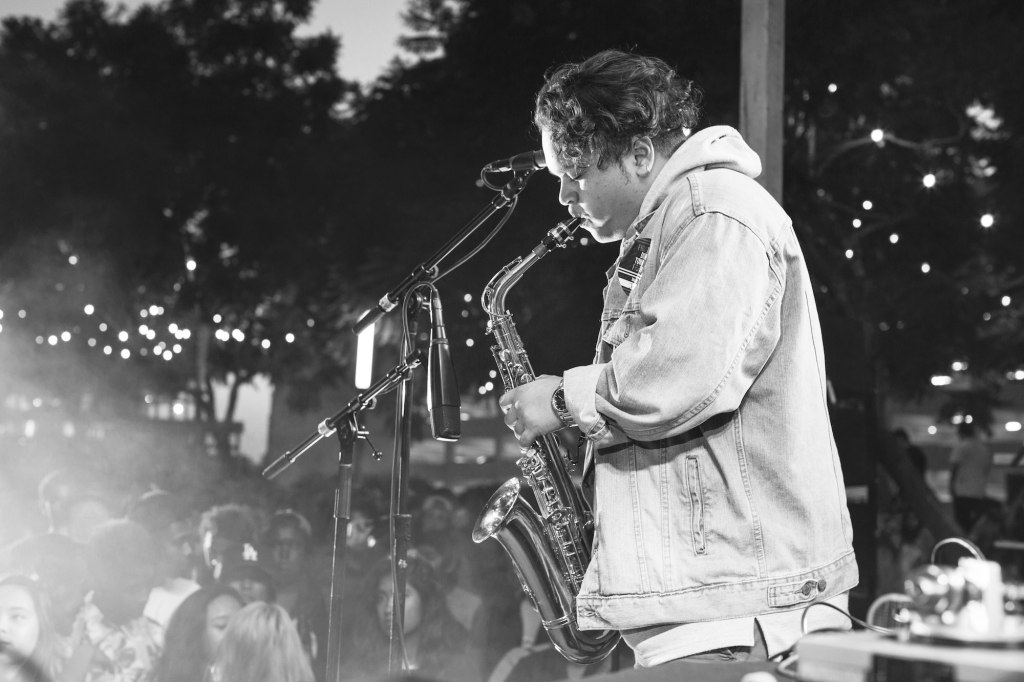