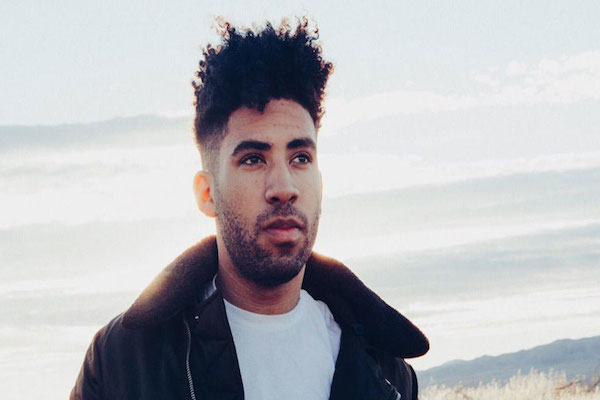 As the phone rings, “When Can We” plays softly at my desk. I’m waiting to speak with KYLE, the artist formerly known as K.i.D., who just shook up the California hip-hop scene with his debut album Beautiful Loser. Like most of the artists I write about, I enjoy his music. However, when I first came across KYLE’s new album, it struck me in very much the same way that So Far Gone did, in that it feels like the early work of an artist who is ready to explode. Beautiful Loser is filled with up-tempo beats, honest lyrics, and youthful spirit that differs from most of the rap being released today. KYLE answers the phone with “I’m driving on the freeway right now, but fuck it, let’s break the law,” and I’m immediately certain that his lyrical honesty will translate to this interview.

AllWon: Hey KYLE, thanks for taking time out to speak to us, we loved your new album.

KYLE: No problem, and thanks a lot, I really enjoyed working on it.

AllWon: Beautiful Loser has both a title and album cover that I admire, what was your motivation in choosing these?

KYLE: Well, this producer I was working with came up with the title, it’s a take off of a different song, and it just stuck with me. I really enjoyed it because it kind of combines all the things that I feel can be true. You can sit at home and game and play Super Smash Bros, which is hands down the best game of all time, but that can still be beautiful. And so my friend who can work with this kind of stuff came up with this image of me playing video games on the beach and I thought it really worked. You can be what society considers a “loser” and still have it be beautiful, so it worked for me.

AllWon: Beautiful Loser is your first studio album, how was the experience of creating this album different from your earlier mixtapes?

KYLE: It was my first real big project, previously I had been writing stuff about big bags of cocaine and fucking everybodys girlfriend, and I realized eventually that that isn’t me, you know, I’m not fucking everybody’s girlfriend [laughs], and I have no choice but to write from the shit I know, and that’s the only way I can really contribute anything as an artist. I can only really write from what I know, and that honesty has become a part of my writing. It’s only after I realized that that my raps got better.

AllWon: That honesty is awesome, it really makes a difference. Switching focus, who would you say you look up to within the industry? Any specific influences that you’re close with?

KYLE: This is gonna surprise you a bit, but I’m a big Will Smith fan, I fuck with the Fresh Prince. Stylistically I love him, and I have a musical theatre background that really reflects his abilities as an actor as well. So I’d definitely say Will Smith. Love the Fresh prince.

KYLE: Yeah, I used to do a bit of acting as well. So me and Will are similar that way.

AllWon: That’s something I never would’ve guessed. Since you’re new on the hip-hop scene, what one song would you pick to have someone who had never heard you before listen to?

KYLE: Damn. Only one song? (thinking). I guess I really love “Raining Love”, that was one where I sit down, and its done in ten minutes, and I go yeah thats the shit. That one right there is the song I’m most proud of. I’d want people to listen to that first.

AllWon: The change from K.i.D. to KYLE…does this reflect your growth as an artist? Any specific reason for the change?

KYLE: Ah, here’s how I’ll put it. K.i.D is my alter ego, he’s the one who can do anything and everything. He was unstoppable, kind of a super hero figure, and that’s not me right now where I’m at. And I’ve kind of grown away from that, I’m not K.i.D. anymore. He might come back, or at least be back at times, but right now I’m KYLE, who is a little more grounded. And for the next project I might be someone else, you know, I don’t know yet. Right now I’m KYLE though.

AllWon: “GirlsGirlsGirls” is a track that really delves into your encounters with women as well as the materialism that can sometimes affect relationships. Is there a specific interaction you’re writing about? Where did this track come from?

KYLE: Yeah there is definitely a reflection of a past relationship there, but moreover it’s just me sitting in my room, playing music and freestyling into an iPhone voice recorder over the music for an hour until a song came together. And this one came together to kind of speak about my relationships with girls and how I feel about them. Like yeah, there is a past relationship in there, but it’s not as dominant as you think. It’s really just how I feel about my relationships with women.

AllWon: Did the lyrics for this album come together quickly? What kind of mental process were you going through as you worked on this project? How do you usually begin that process?

KYLE: Like I said, I use my iPhone to record over freestyle beats, and then things begin to come together. I just sit in my room and play beats, and freestyle for an hour, and then when I play it back, I take pieces of what I think worked. If it comes together really quickly, its usually my best work.

AllWon: You also include a youthful sense of exuberance and fun, like in “Sex and Super Smash Bros”, is there an effort to try and stay young and free with this kind of track that’s just purely you having fun in the studio?

KYLE: Man, if you aren’t playing Super Smash right now, you’re not doing shit with your life. As for that song, they’re just the two best things in life, sex and Super Smash Bros. That’s a fun song, and it just kinda reflects where I am right now in my life. Like, who doesn’t love girls and video games? 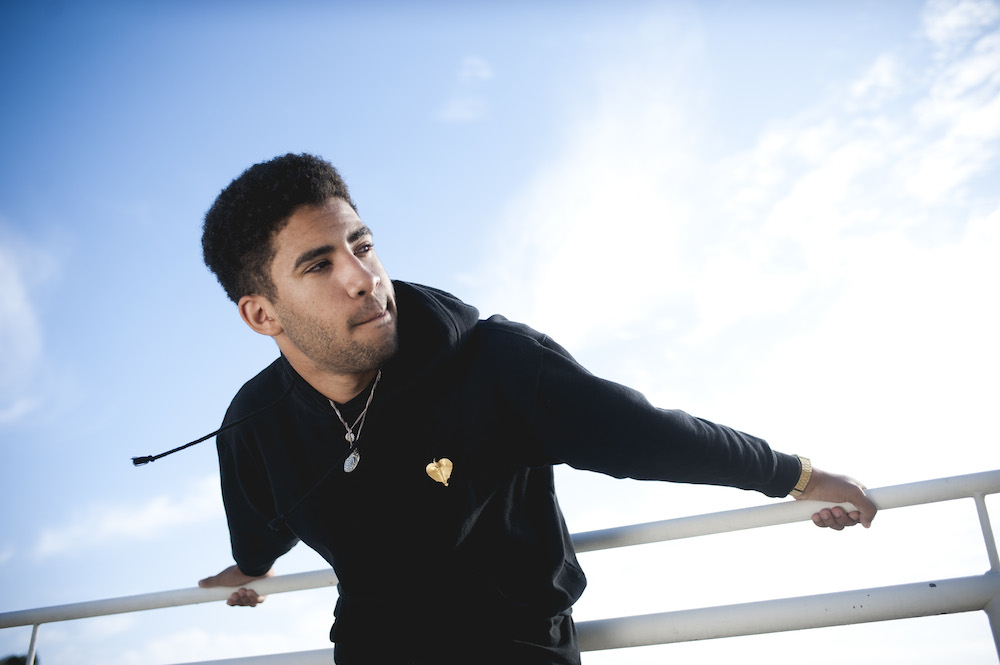 AllWon: That’s the truth. Who are some of the artists you’re listening to right now?

AllWon: You talk about “the mission” in your lyrics…what is your mission?

KYLE: Just to keep taking things to the next level. I believe I have the talent and certainly the work ethic to do so, and I just need to keep working hard and go even bigger for my next project.

AllWon: Now you’re a California kid: do you find that your name is beginning to spread outside the bubble of the LA music scene?

KYLE: Definitely. I’m starting to gain more notice from people, which only began to happen once I started rapping about shit I knew, not just mainstream rap shit.

AllWon: And what are you doing when you aren’t making music?

KYLE: Video games, I play a lot of video games. But I’m also playing a lot of basketball nowadays. I started playing NBA2k a lot, and now I decided to get really good on the court too. My alter ego, Ty Jeffers, comes out on the court when im playing, and he’s started to get better, man.

AllWon: Finally, when a kid in Canada picks up Beautiful Loser, what does he or she need to know about KYLE?

KYLE: Just that I’m a chilled out rapper who likes making music and going to the beach.

AllWon: What’s next for you?

KYLE: I’m gonna go on a few tours, also keep writing music for other musicians, but I’m really just working on my next album, which has to be bigger than this one.

AllWon: Thanks so much for your time KYLE, glad you managed to not get pulled over.

You can get KYLE’s new album Beautiful Loser on iTunes